Topics such as polis formation and synoikismos have a rich background in classical studies, history, and archaeology. Such studies have mainly focused on the attestations of synoikismos events in literary sources and inscriptions. The archaeological side of such processes has not always been given equal weight. This paper presents a more encompassing view on patterns of synoikismos and polis formation by incorporating and assessing archaeological evidence in a model of push-pull interactions between local communities and the Hellenistic kingdoms in southwest Anatolia. This model will be applied on a case study of the origin of polis at Sagalassos and its relation with the nearby settlement at Düzen Tepe during its formative years in the Early to Middle Hellenistic period (3rd–2nd centuries B.C.). It will then situate this case in its wider context of settlement patterns and community formation in southwest Anatolia, focusing on the ancient regions of Pisidia, Lycia, and Pamphylia. The paper suggests that interactions between local communities and overarching central administrations offered suitable stimuli that resulted in local communities starting to participate in wider dynamics of economic and political importance. This ultimately resulted in observed patterns of polis formation and a potential synoikismos. 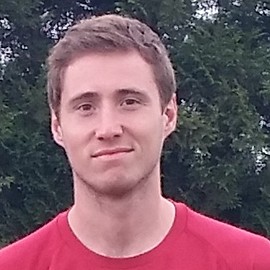 I am an archaeologist with a Ph.D. from University of Leuven, currently working as Assistant Professor at Middle East Technical Univesity. My research interests include social complexity, agent-based modeling and material studies.